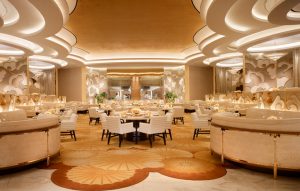 Macao (Macao SAR) – February 14, 2018 (travelindex.com) – The “Macao Creative City of Gastronomy” work meeting, attended by representatives of the Macao Government Tourism Office (MGTO) and other governmental departments concerned, academic institutes, industry organizations and so forth. During the meeting, the Secretary for Social Affairs and Culture of the Macao Special Administrative Region Government, Alexis Tam, proposed six requirements and work directions towards the dedication to build Macao into a genuine Creative City of Gastronomy, through fostering synergies between gastronomy and creative industries, training and preservation, among other endeavors.

1) Create new synergies between the field of gastronomy and other creative fields covered by the UNESCO Creative Cities Network (UCCN) including Crafts and Folk Art, Design, Film, Literature, Music and Media Arts, to inspire the industries to move forward;

2) Devote greater promotional efforts and raise the awareness among residents and visitors;

3) Training and preservation: offer vocational training programs in non-higher education and encourage the next generation to choose career paths in the field of gastronomy; provide in-service training in higher-education institutes and admit chefs to degree programs;

4) the Institute for Tourism Studies (IFT) is planning to set up a culinary centre of considerable scale;

5) join hands with industry partners to look for ways to help old but characteristic catering establishments in downturn to revive through reform;

6) Bring together efforts from different circles and establish a coordinating and management unit to help create a more favorable business environment for industry operators and unveil new potentials for industry growth.

Secretary Tam believes that the two powerful brands in the city’s portfolio – the listing of the Historic Centre of Macao as a UNESCO World Heritage site and the new status of Macao as a UNESCO Creative City of Gastronomy – will certainly unfold a new horizon of opportunities for the related industries and be a great boon for the city’s transformation into a world centre of tourism and leisure. He expressed his great confidence in the development prospect.

The meeting today was presided by MGTO Director Maria Helena de Senna Fernandes, with MGTO Deputy Director Cheng Wai Tong presenting an introduction of the UCCN and the tasks involved as a Creative City of Gastronomy. Discussions were also held on supportive schemes for old and characteristic catering establishments as well as community maps.

Industry representatives expressed the issues they encountered regarding interdepartmental administrative procedures during their process of planning to open or renovate their business. The representative of labour union also expressed his concerns on human resources and terms of employment. In summing up the meeting today, Director Senna Fernandes invited all representatives to voice their opinions through different channels and make united efforts to transform Macao into a Creative City of Gastronomy.