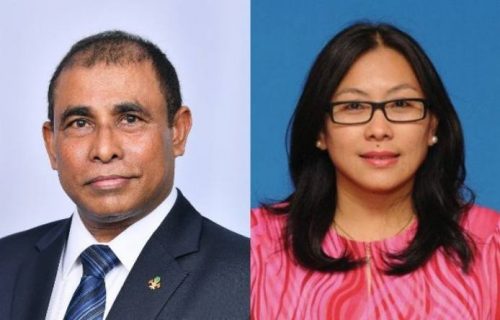 Bangkok, Thailand, May 8, 2021 / TRAVELINDEX / The Pacific Asia Travel Association (PATA) is pleased to announce the election of two new government members to the PATA Executive Board.

On the new Executive Board members, PATA Chair Soon-Hwa Wong said, “I am delighted to welcome Dr. Abdulla Mausoom and Ms Noredah Othman to the Executive Board. Their proven track record and background will make them a great asset to PATA and our members.”

Dr. Abdulla Mausoom has been the Minister of Tourism, Republic of Maldives since August 6, 2020. Born to the island of Kelaa, Maldives, Dr. Mausoom started his tourism industry career in 1985, as an admirative officer at the Department of Tourism. He holds a Doctorate Degree on sustainable tourism development, conferred by the School of Public Policy, University of Birmingham, UK. His thesis was on interdependency and the relationship between the government and the private sector and their changing roles in the development of enclave micro island tourism. He spent over 10 years abroad for higher education in England, Northern Ireland, Germany and Malaysia.

In his political affiliations, Dr. Mausoom was the Secretary General of the Dhivehi Rayyithunge Party (DRP) in 2008 and was a Member of the Maldives Parliament representing the Kelaa Constituency from 2009 to 2014. He joined the Jumhooree Party (JP) in 2014 and was elected the Vice President of the party, a post he has held since the start of his diplomatic career in 2019.

Dr. Mausoom also served as a Member of Tourism Promotion Advisory Council; Member of College Council of Maldives College of Higher Education; Non-executive Board Member at two of the main Public Companies of the country, Maldives Transport & Construction Company (MTCC) and State Trading Organization (STO). From 2018 to 2019, he served as Board Member of Maldives Association of Tourism Industry (MATI), and Council Member for 4 years at the Council of Villa College of Maldives. As the General Manager Dr. Mausoom also managed, Sun Island Resort and Spa for four years from 2013.

With 30 years’ experience in Sabah Tourism, Ms. Noredah Othman is the longest-serving officer with Sabah Tourism Board. She is responsible for marketing and promotion of the destination.

Ms. Othman, a mother of three children, completed her education in Singapore, started her career as tourist assistant with the Sabah Tourism Promotion Corporation (STPC), the forerunner of STB, in 1990. Between 1991 and 2005, she held the position of assistant public affairs officer and later as communications manager. Ms. Othman was awarded the PATA Foundation’s scholarship for Executive Development for Tourism (EDIT) Programme in 2015.

The new Executive Board members were ratified at the PATA Annual General Meeting held online on April 29, 2021.

About PATA
Founded in 1951, the Pacific Asia Travel Association (PATA) is a not-for-profit membership association that acts as a catalyst for the responsible development of travel and tourism to, from and within the Asia Pacific region. The Association provides aligned advocacy, insightful research and innovative events to its more than 650 member organisations, including 82 government, state and city tourism bodies, 14 international airlines and airports, 71 hospitality organisations and 75 educational institutions, as well as thousands of young tourism professional (YTP) members across the world. The PATA network also embraces the grassroots activism the PATA Chapters and Student Chapters, who organise numerous travel industry training programmes and business development events across the world. Thousands of travel professionals belong to the 32 local PATA Chapters worldwide, while hundreds of students are members of the 28 PATA Student Chapters globally. The PATAmPOWER platform delivers unrivalled data, forecasts and insights from the PATA Strategic Intelligence Centre to members’ desktops and mobile devices anywhere in the world. PATA’s Head Office has been in Bangkok since 1998. The Association also has official offices or representation in Beijing and London.