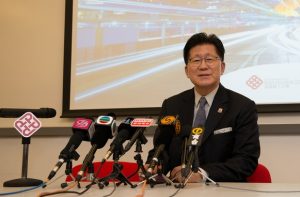 Hong Kong (Hong Kong SAR) – November 4, 2017 (travelindex.com) – Judgements about ethically unacceptable behaviour may vary amongst cultures, and Western tourists are more likely to engage in such behaviour when on holiday, find Dr Denis Tolkach, Dr Stephen Pratt of the School of Hotel and Tourism Management (SHTM) at The Hong Kong Polytechnic University and a co-researcher in a recently published study. Their investigation of international and mainland Chinese tourists and Hong Kong residents reveals some surprising findings that should prove useful for academics, policymakers and industry practitioners seeking to develop “mitigation strategies to reduce anti-tourism sentiment” in Hong Kong and other tourist destinations.

Interest in the ethical side of tourism has increased over recent decades, as concerns have been raised over its effects on host communities. However, the focus is usually on the social responsibility of tourists and tourism organisations, with less attention paid to tourists as what the researchers term “agents of ethical judgement and decision making”.

Given that tourism is a predominantly hedonistic or pleasure-seeking activity, when on holiday people may be more likely to engage in the kind of behaviour that would be considered unacceptable at home. Hong Kong, for instance, has recently witnessed a rise in complaints from residents about the behaviour of mainland Chinese tourists, including “being rude to service staff, urinating in public and disorderly queuing”, note the researchers. Protests amongst residents have also occurred in other destinations with high levels of tourism, such as Barcelona.

This is an interesting situation because the intercultural nature of international tourism provides an opportunity to examine whether ethical beliefs vary between peoples. The researchers explain that the “ethical relativism” perspective does not consider actions as intrinsically right or wrong but as culturally determined, so tensions may arise because tourists and residents have different ideas about what constitutes unethical behaviour. Therefore, to find out “why tourists may exhibit socially deviant behaviour”, they investigated the attitudes of people from different cultures towards various kinds of behaviour and the likelihood that they would engage in such behaviour themselves when on holiday.

Each respondent was presented with five brief scenarios describing ethically questionable behaviour: buying a counterfeit bag at an open-air market, disorderly public behaviour due to drunkenness, jumping a queue for entry into a restaurant or attraction, lying about the age of a child to qualify for cheaper entry into an amusement park and engaging the services of a prostitute. They were asked whether each action was fair, unacceptable in their own culture, unacceptable to their family and friends, acceptable if it could be justified by positive consequences and so on. They were also asked to indicate how likely they were to undertake the activity at home and while on vacation.

The researchers found clear differences amongst the ethical judgements of the three groups. Surprisingly, given their shared Chinese culture, Hong Kong residents and mainland Chinese tourists expressed very different views about the ethical scenarios, with the former being the least tolerant and the latter the most tolerant. However, the researchers explain that this may be because of where the survey was conducted. Hong Kong residents were at home and thus more bound by “laws, rules, ethical codes and social pressure from friends and family”, whereas the Chinese tourists were on holiday and less affected by such constraints.

All three groups considered buying a counterfeit bag to be the least unethical activity. International tourists disapproved of this activity more than the other two groups but the opposite was true for disorderly drunken behaviour, which was more acceptable to the Western tourists.

According to the mainland Chinese tourists, it is justifiable to lie about the age of a child to qualify for discounted admission because it saves money and there is a low chance of punishment. Rather surprisingly, both Hong Kong residents and international tourists deemed jumping the queue to be highly unacceptable, almost as much so as engaging a prostitute. The researchers explain that jumping a queue has an immediate effect on those who are made to wait longer, which may be particularly annoying for tourists with limited time.

Engaging a prostitute was considered the most unethical behaviour, mainly because of the disapproval of friends and family, but also because it could have severe negative consequences on a person’s social life. Western tourists were “the most receptive” to this sort of behaviour, the researchers note, and there was an “especially stark” difference between their responses and those of Hong Kong residents.

When asked how likely they were to actually engage in the behaviour described in the scenarios, either at home or on holiday, it turned out that few respondents would do so. They were not even likely to participate in relatively acceptable activities, such as buying a counterfeit bag. However, the Chinese tourists admitted to being more likely to purchase counterfeit goods, lie about a child’s age and jump a queue than the other two groups. The Western tourists were the most likely to misbehave while drunk and to engage a prostitute. The Hong Kong residents were the least likely to engage in any of the deviant forms of behaviour except buying a counterfeit bag.

Because none of the groups were very likely to engage in any type of unethical behaviour, being on holiday or at home made little difference. The international tourists and Hong Kong residents were somewhat more likely to engage in ethical behaviour while on holiday but the mainland Chinese tourists were less likely to do so. This, the researchers claim, may be a “China-specific phenomenon”, reflecting the government’s attempts to curb the inappropriate behaviour of tourists abroad. They suggest that policy makers may find it helpful to emphasise the negative consequences of indulging in unethical behaviour, as tourists generally “care more about the individual consequences when facing ethical dilemmas”.

Among all three of the groups, men were significantly more receptive to behaving badly while drunk and to engaging the services of a prostitute than women. The researchers also found some interesting differences between people of different ages. Amongst the Westerners, younger tourists were less ethical than older ones, yet the opposite was true of the mainland Chinese tourists. Ethical values did not seem to differ between younger and older generations of the Hong Kong residents.

The researchers present some fascinating insights into the similarities and differences between ethical judgements of behaviour among different nationalities. They conclude that “the ethical perception of an action is significantly affected by culture”, and is also strongly influenced by the situation presented in the scenario. However, they also highlight a number of questions that need to be answered, including whether residents of certain countries “behave more ethically on vacation than at home and why” and whether engaging in unethical behaviour depends on “external and environmental factors more than on personal principles and integrity”.