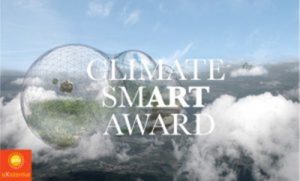 Brussels (Belgium) – June 17, 2017 (travelindex.com) – Leading Culture Destinations (LCD) and SUNx are proud to announce a new category for the 2017 LCD Awards: the ‘Climate smART Award’, an international award for museums that make the most significant educational contribution to the fight against climate change. Its focus will be on novel education initiatives which seek to transform public behaviour and therefore create a valuable shift towards a more sustainable climate resilient future.

SUNx stands for the Strong Universal Network – a legacy initiative of Maurice Strong,one of the fathers of Sustainable Development and Secretary General of the 1992 Rio Earth Summit the precursor of the UNSDG’s (Sustainable Development Goals) and the Paris Climate Agreement. It’s eXchange solution will be delivered through a cloud connected network of community climate adaptation centres, which help deliver (low) “Impact Travel” transformation.

Geoffrey Liman, SUNx Co-founder and President of the International Coalition of Tourism Partners (ICTP) said: “Climate Change is existential. SUNx strongly supports The Paris Accords which are under irresponsible threat. Travel and Tourism must stand up to this challenge and public opinion can play a big part. This award will honour museums and cultural centres that make public education a priority and we are delighted to join up with LCD – sharing their vision of Museums as focal points for education of travellers.”

The winner will be announced at the annual LCD Awards on 29 September 2017 in London.

If you know of a museum or cultural centre that has put an innovative emphasis on climate change then please email details to us at info@thesunprogram.com