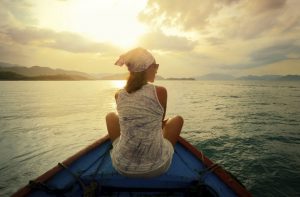 According to the Index’s findings, 2016 was an exciting year for tourism in Asia Pacific. Fueled by increasing consumer wealth amongst Asia Pacific’s emerging markets, the region’s thriving tourism industry continues to show vigorous progress. It is the world’s fastest growing region for international tourism by GDP contribution, with tourism making up 8.5 percent of Asia Pacific’s GDP and 8.7 percent of total employment last year .

This growth provides significant opportunities which governments, tourism bodies, and merchants can benefit from, including greater economic, cultural and infrastructural development. To ensure sustainable growth, public and private sectors are working to create more welcoming spaces for visitors and residents alike – as well as more seamless ways to get around destinations.

Total nights stayed hit new highs
Visitors to Asia Pacific destinations are traveling to the region more, and doing so for longer periods. In 2016, visitors to the region stayed for a total of 1,768.7 million nights, an 8.1 percent CAGR from 1,023.1 million nights in 2009. Bangkok took the lead with 87.6 million nights, while Sydney came in second place with 87.5 million, followed by Kuala Lumpur at 76.7 million.

In particular, Sydney’s second-place position is especially outstanding compared to its number of overnight arrivals. Taking 20th place in the latter ranking, Sydney’s ratio of average number nights stayed versus number of overnight arrivals is shared by fellow Australian destinations Melbourne and Brisbane on the Index. As many tourists have to travel a distance to reach Australia, they are more likely to stay for longer periods to make their journey worthwhile.

The mass of tourists from Northeast Asia have helped to boost these earnings. Key findings from the Index revealed China (17.7 percent) and South Korea (8.8 percent) as the largest contributors to tourism expenditure in Asia Pacific. In fact, these two markets were also top source markets for Singapore (China #1), Bangkok (China #1) and Tokyo (Korea #1, China #2), the region’s leading destinations by visitor expenditure. As renowned global shopping and dining locales, they are popular amongst affluent Chinese and South Korean tourists seeking new shopping or culinary experiences.

The Asia Pacific Destinations Index takes a more in-depth, focused look at these tourism trends, ranking 171 destinations, including island resorts as well as towns and cities across the region, in terms of the total number of international overnight arrivals; cross-border spending; and the total number of nights spent at each destination. These 171 destinations are drawn from 22 countries across Asia Pacific and represent 90 percent of all international overnight arrivals within the region.

Public data is used in deriving the international overnight visitor arrivals and their cross-border spending in each of the destinations, using custom-made algorithms.This Index and the accompanying reports are not based on Mastercard volumes or transactional data.

About Mastercard:
Mastercard (NYSE: MA), www.Mastercard.com, is a technology company in the global payments industry. We operate the world’s fastest payments processing network, connecting consumers, financial institutions, merchants, governments and businesses in more than 210 countries and territories. Mastercard’s products and solutions make everyday commerce activities – such as shopping, traveling, running a business and managing finances – easier, more secure and more efficient for everyone. Follow us on Twitter @MastercardAP and @MastercardNews, join the discussion on the Beyond the Transaction Blog and subscribe for the latest news on the Engagement Bureau.