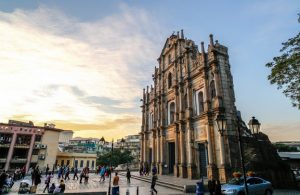 PATA Travel Mart 2017 will be the first major international tourism event to be staged in Macao following the havoc Typhoon Hato caused to the city on 23rd August, the worst recorded in Macao for 53 years. Following the efforts and support on all fronts to bring the city back to normal, Macao is ready to warmly welcome more than 1,000 PATA Travel Mart (PTM) delegates from over 60 destinations this month.

Marking its 40th edition this year, PTM includes two full days of business sessions at Hall D of Cotai Expo, The Venetian Macao Resort Hotel on 14th and 15th September. With PTM putting the host destination in the limelight each year, MGTO is exhibiting in the trade show with a booth measuring a significant 517.5 square metres to promote Macao’s many tourism attractions. A total of 26 Macao tourism operators will promote their businesses from the booth, including hotels, travel agencies and transport companies, among others.

With Macao welcoming delegates from around the world to PTM, MGTO will also take the opportunity to promote in its booth the attractions of the Mainland regions among the Maritime Silk Road Alliance. In addition – joined by Guangdong and Hong Kong tourism authorities – the three neighbouring regions will promote multi-destination tourism at the travel show with a joint booth and luncheon for delegates.

Another distinctive feature of PATA Travel Mart is its related educational events for the travel trade and future tourism professionals. On 13th September, the Institute for Tourism Studies will host PATA Youth Symposium 2017, bringing together local and international tourism students from PATA Student Chapters to discuss ‘Enabling Travel and Managing a Complex Future’. One of the speakers to share his experience with the students will be AirAsia Group Chief Executive Officer Tony Fernandes.

PTM Forum will run concurrently at The Parisian Macao, with the morning session themed ‘Travolution Forum Asia: Redefining the Travel Experience’, organized in partnership with Travel Weekly Group, focusing on smart digital travel; namely, strategies, business models and current technologies. The afternoon session will present a Blogger and Key Opinion Leader Forum, to debate ‘The Most Effective Influencer Marketing Strategies in Travel in 2017’, brought by the Professional Travel Bloggers Association. In addition, several themed PTM Talks are scheduled during the travel mart.

From 15th to 17th September, PATA will also conduct a series of internal meetings in Macao. The PATA Executive Board and Board Meeting will meet at Studio City, with MGTO Director Maria Helena de Senna Fernandes currently serving as an Executive Board member of the Association. Various committees of PATA will also meet, while PATA Chapters will be brought together in a PATA Chapter Colloquium, among other initiatives.

Founded in 1951, PATA is a non-profit membership association dedicated to the responsible development of the Asia Pacific travel and tourism industry, with its members comprising government, state and city tourism bodies, international airlines, airports and cruise lines, educational institutions, and hundreds of travel industry companies in Asia Pacific and beyond.

Macao has been a PATA member since 1958. For decades, PATA has been a valuable platform for Macao to promote its tourism image and connect local travel trade stakeholders to the world. The city successfully hosted PATA Travel Mart 2010 and the then called PATA Annual Conference in 2005.