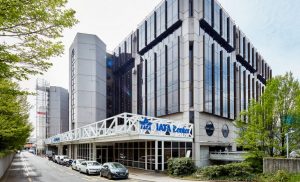 Geneva (Switzerland) – November 24, 2017 (travelindex.com) – The International Air Transport Association (IATA) announced that the Passenger Agency Conference (PAConf), composed of IATA’s member airlines, adopted Resolutions for the full implementation of the New Generation of IATA Settlement Systems (NewGen ISS) initiative. NewGen ISS represents the most extensive and ambitious modernization of the IATA Billing and Settlement Plan (BSP) since it was created in 1971 to facilitate the global distribution and settlement of funds between travel agents and airlines. Last year, the BSP processed $219 billion in airline funds with 100% on-time settlement.

“Implementation of NewGen ISS is a critical step forward by the global air transport industry in ensuring that the BSP continues to serve the industry’s financial settlement requirements for years to come. It is the culmination of a multi-year engagement with participants in the air travel value chain, including airlines, travel agents, and IT and system providers. It will bring greater options and flexibility to our travel agent partners, while providing even more financial security to airlines,” said Aleks Popovich, IATA’s Senior Vice President, Financial and Distribution Services.

Last year, the PAConf approved the development and introduction of three pillars of NewGen ISS comprising:

– Three levels of travel agent accreditation, offering greater flexibility. Travel agents will be able to choose the model most applicable to their business, as well as to convert across models as their business evolves.
– IATA EasyPay – a voluntary pay-as-you-go e-wallet solution for issuance of airline tickets in the BSP that offers a lower cost per transaction. As a secure form of payment, IATA EasyPay transactions are not part of a travel agent’s cash sales at risk. This allows travel agents a means to lower their financial security amounts held with –
IATA, and to issue transactions which are not included in their BSP remittance capacity.
– Global Default Insurance – an optional financial security alternative for travel agents that presents a cost effective and flexible alternative to bank guarantees and other types of security.

Remittance Holding Capacity
To these three pillars is now added a fourth. The Remittance Holding Capacity (RHC) is a risk management framework to enable safer selling and mitigate losses resulting from travel agency defaults. For the majority of travel agents, the RHC will be calculated based on the average of the three highest reporting periods of the previous 12 months plus 100%. Furthermore, measures will be available allowing travel agents to manage to their RHC, and to continue selling in a secure manner should their RHC ever be reached. A joint travel agent and airline group has been working collaboratively on RHC over the past year.

“Remittance Holding Capacity is about safer selling. Airlines have no desire to restrict or limit travel agent sales. At the same time it is important to have agreed-upon, prudential safeguards in place to protect airline revenues. The RHC levels are the outcome of a collaborative process involving airlines and travel agents, to ensure that travel agents have the flexibility they need, while protecting airline ticket sales,” said Popovich.

Transparency in Payments
Additionally, the Resolution text incorporates provisions related to Transparency in Payments (TIP), a new industry initiative. TIP reveals the different features and costs associated with each form of payment and agent remittance of airline funds. As it stands today, airlines only see the settlement costs after the fact, if at all. No form of remittance is barred by TIP, but travel agents can only use those forms to which an airline has previously given consent. Importantly, TIP allows travel agents to use their own credit cards – previously not supported in the BSP — if an airline consents.

“Transparency in Payments provides a pro-competitive framework for bilateral arrangements between airlines and travel agents that will facilitate the introduction of new and innovative payment solutions,” said Popovich.

Next Steps
NewGen ISS and Transparency in Payments will be rolled out progressively from March 2018. Certain pillars, including IATA EasyPay and Global Default Insurance (GDI) are already available in some markets. GDI has been implemented in more than 20 markets worldwide, while IATA EasyPay is being piloted in Norway, Sweden, Finland and Iceland.

IATA’s Billing and Settlement Plan (BSP) operates in some 180 countries and territories, not including the US, to facilitate and simplify the selling, reporting and remitting procedures of IATA Accredited Passenger Sales Agents, as well as to improve financial control and cash flow for its approximately 400 participating airlines.

The Passenger Agency Conference (PAConf) takes actions on matters (excluding remuneration levels) relating to the relationships between airlines and recognized passenger sales agents and other intermediaries.