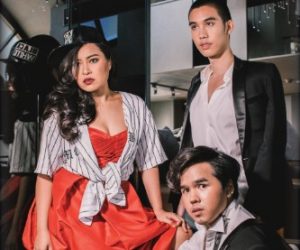 Bangkok (Thailand) – July 31, 2017 (travelindex.com) – Grand Opera Thailand is a professional opera company that also provides training and performances at home and abroad. Stefan Paul Sanchez is the Artistic Director and CEO of European Chamber Opera and Grand Opera Thailand. Stefan maintains a balanced career as an international opera singer, producer, director and teacher and has toured throughout most of the Western and Eastern world.

He formed The European Chamber Opera in 1992. Stefan studied singing and piano at the Royal Academy of Music, London, graduating with distinction. He also studied at The Guildhall School of Music and Drama and the Escuela Superior de Canto in Madrid. He was a student of International Voice Teacher Peter Harrison for over a period of 20 years. In 1998 Stefan was made an Associate of the Royal Academy of Music for his work with opera singers.

On teh 7th August 2017 Grand Opera Thailand and Banyan Tree Bangkok present “Chicago”; Show-stopping songs and dancing from the no. 1 longest-running and most popular ever American Broadway musical.

For more information and reservations: Tel. 02 679 1200 or hostesses-bangok@banyantree.com